In this Community Spotlight, we chat with claw fanatic and arcade YouTuber Carson Scheer aka Carson Claws who has been running his channel since July 2011.  He’s amassed a following of hundreds of thousands of subscribers and is well on his way to earning the coveted Golden Play Button! 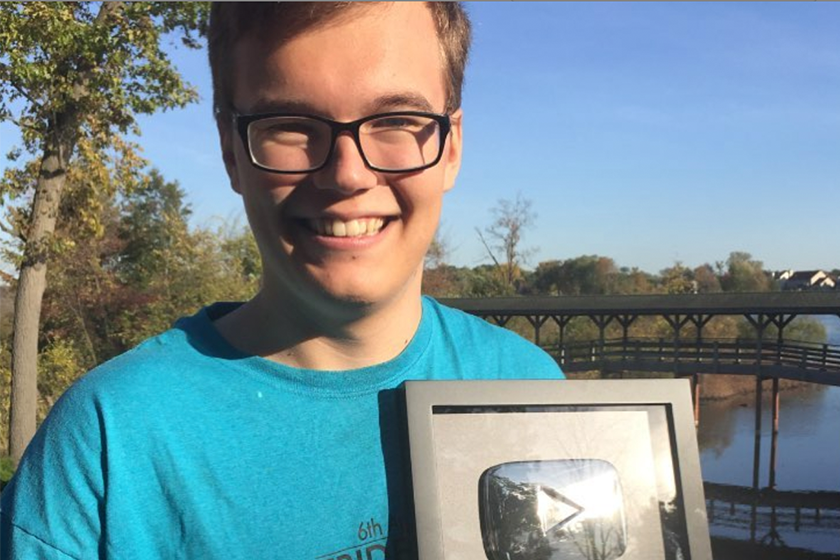 Hey everybody! My name is Carson and I have an arcade game YouTube channel called Carson Claws! I am from Commerce Township, Michigan and I have an obsession for playing arcade games and making YouTube videos about them. I currently go to Michigan State University while studying Media and Information. I go to school during the week and come home on weekends to work on filming and my YouTube channel. My other hobbies also include bowling, sports, and spending time with family and friends.

Ever since I was little, I always loved playing claw machines and going to the arcade. I would ask my parents to take me to the arcade and would have the time of my life every time I was there. I loved the thrill of winning tickets from the games, racking up jackpots, and then turning them into the counter for an awesome prize and I still do to this day.

I would go on YouTube when I was younger and would find these videos of people winning from claw machines and getting jackpots at the arcade. I thought I was pretty good at arcade games and wanted to show off my skills to the world as well. I created my channel back in 2011 as a hobby and would post mini clips to YouTube including one claw machine win every video and would call them “Crane game Victory x” with a certain number after the victory keeping track of how many wins I had posted. I got it up to about 50 different 30-second videos of me winning a prize every video. Then a few years after I started making longer videos with more than one win per video including commentary and more of a vlog style.

My favorite game of all time would have to be the claw machine. I always love the thrill of the claw going down and picking up a prize holding your breath until it made it over the prize chute. There’s no other game like the claw machine.

We usually travel locally around the metro Detroit area filming at different arcades and bowling alleys with my two friends who also have a channel called Claw Craziness who works and films with me at the arcades. I don’t necessarily have a favorite arcade because every arcade is unique and different that adds a different element that makes it special for every place we go to. However, we were just recently at a place called Sonny’s and Ricky’s in Seaside Heights, New Jersey on the boardwalk and we loved it there. The staff was friendly and totally was for us filming and promoting their arcade and they had a whole different variety of arcade games that we loved.

I support and respect everybody in the community. I always love to help out as many channels as I can especially the smaller channels to encourage them and give them a boost to motivate them to continue to make videos. I would have to give the majority of my credit to Arcade Matt who I followed ever since I was little and was the person who inspired me to start my own channel. Matt has been a huge support in the community and was a big reason why it exists today. I also work with Claw Craziness who I mentioned earlier as being a huge part of my success as well and without them, I would not have as big of a following. 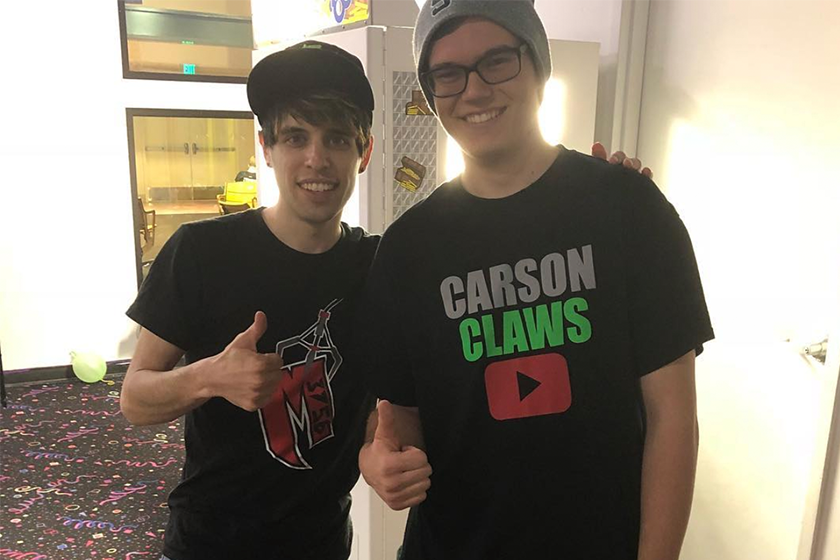 I hope that this community continues to keep making videos for a long time because it is one of my passions and hope to do YouTube as a main source of income after I graduate college. I love filming arcade videos and sharing my story from my perspective to the world.

I think the companies that make and produce the games are awesome and have a variety of different games currently and are working on for the future as well. In terms of arcade ticket games, if I had one suggestion, it would be to allow the skill of the player to control the outcome instead of allowing a computer and more of luck to determine the end result.

It’s been a blessing, it really has. I was a goofy kid who played arcade games for fun as a hobby but never would’ve imagined to get this much attention and have over 300,000 subscribers because of it. I already am blown away with having a YouTube silver play button as one of my rewards but I hope to one day surpass 1 million subscribers and get a gold play button as well. I think the biggest thing to keep in mind if you want to start a Youtube channel is to have fun with it and have patience. It took 8 years to get to where I’m at but with hard work, perseverance, and dedication anything is possible. I’m very thankful for the support I’ve gotten and hope to continue to work and grow my channel for a long time.