Say hello to Arcade Matt (aka Matt Magnone), a zany and inspiring arcade influencer and content creator with over 4.1 million subscribers across social media. In this Community Spotlight, we take a deep dive into Matt’s arcade obsession that sparked his desire to share it with millions of people online. 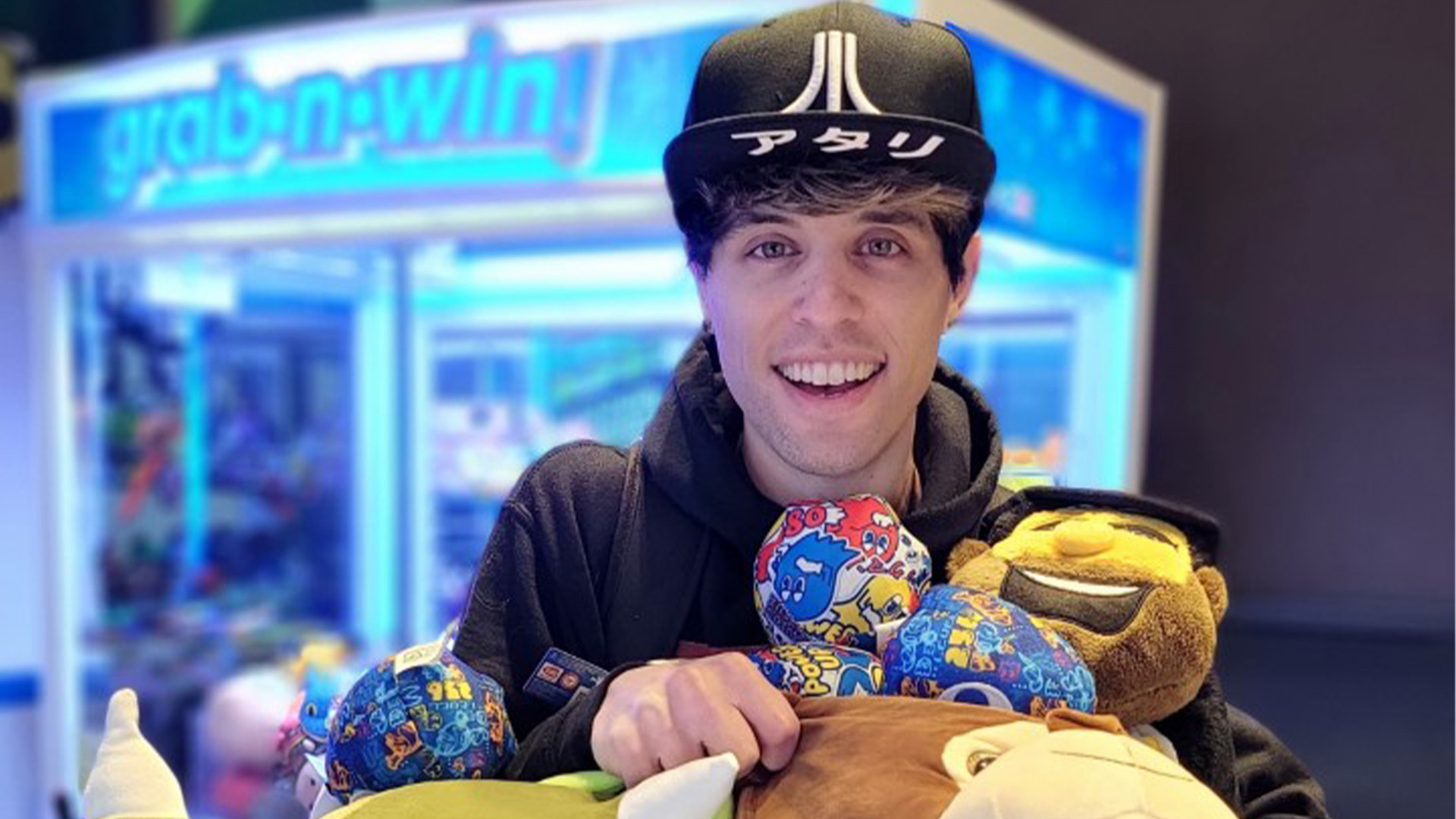 Tell us a little bit about yourself (For example, where are you from? Any other interests or hobbies you have besides arcade games?)

I’m from a small town of Ambridge, PA just outside of Pittsburgh. When I’m not at the arcade I enjoy skiing in the winter, tinkering with computers, pinball, and going to amusement parks to ride roller coasters.

I was probably 6 or 7 when my passion for arcade games came to be. It started with the claw machine. I was fascinated by the game because you could actually win a physical prize. The instant gratification intrigued me. The concept of the game itself was so simple, yet could be so aggravating at times. I was obsessed with trying to free stuffed animals from this box, it was so satisfying for some reason when I won.

When I got my first VHS-C camcorder, the first thing I filmed was me playing a claw machine and winning it – so I could watch it over and over when I wasn’t able to get to an arcade to play!  I even remember thinking to myself, dang I’m weird for loving this game, and I thought to myself that I was the only one that enjoyed it. When I first started playing, I wasn’t that good. But as my obsession with the claw game grew, I bought my own machine and studied it from top to bottom to see how it worked. I realized many machines, especially the older ones are 100% skill based, and a lot of it was up to how the player positioned the claw, and what prize they went for. Once I practiced, I got much better.

Around 8 or 9 is when I started getting into other arcade games, especially token action games. A local entertainment place in our shopping center had a bunch of token action games and it was after playing those for a while is when I realized I could actually time my token at a certain point to win jackpots more often. This became what I refer to when I play games now as a “strike point” – I remember saving my tickets and cashing in for one of the top prizes of a CD player. I was fascinated by these games when I was little and remember thinking how cool it would be to own one. 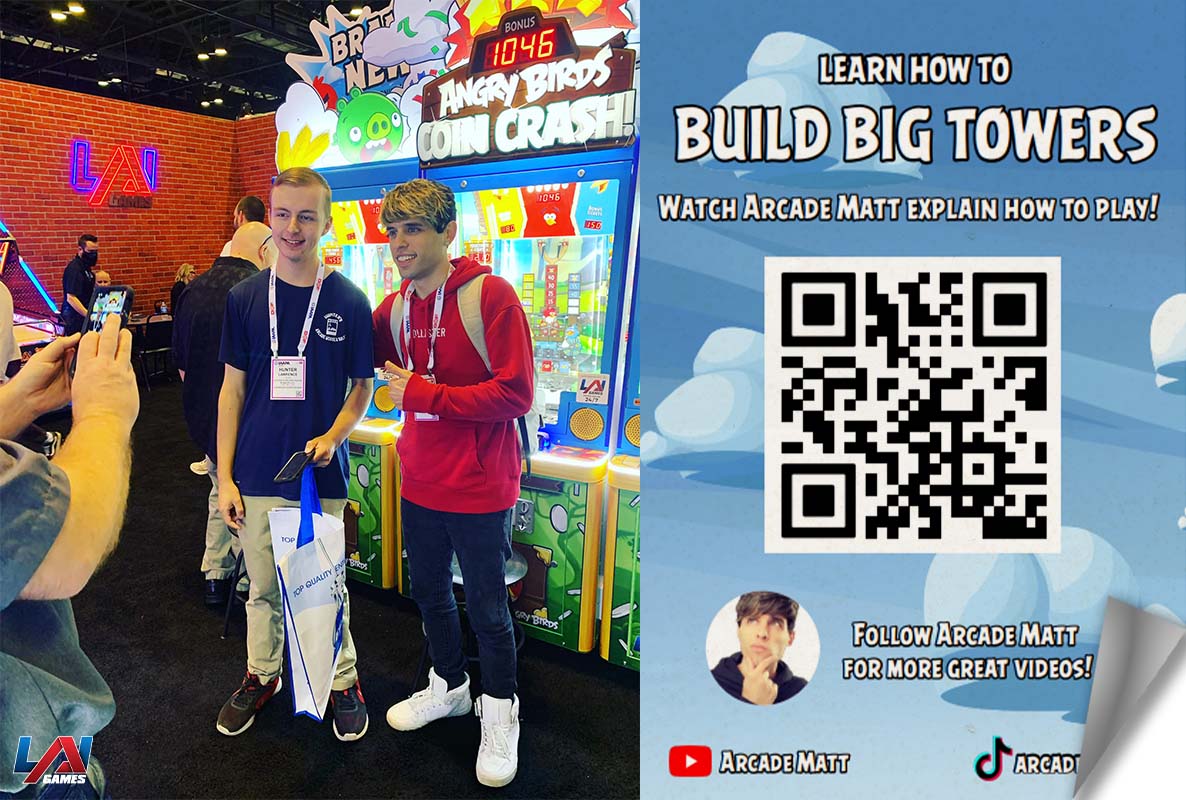 Arcade Matt is featured on Angry Bird Coin Crashes throughout the world via decal that links to an entertaining and information filled “How To” for the innovative tower building coin pusher.

Since I feel game is kind of general, I’ll try and break it down into a few categories:

Ticket game: Tower of Tickets / Zombie Snatcher – these are both prize arm games, super simple concept, awesome instant gratification when you win, but can be very difficult at times. Both are great for quick tickets.

Token action game: Modern: Angry Birds Coin Crash of course! 🙂 –  LAI games in my opinion broke through the mold with this game. When e-tickets started becoming a thing, token action games started sadly fading away. This game gives the player the satisfaction of timing tokens for various awards, but keeping the tokens contained in the game, so it works great with newer e-ticket systems. My hope is this game is the pioneer for more token action games in the future because us players miss these types of games with physical action happening instead of just a video screen. That’s what makes a good arcade game in my opinion.

Classic: Big Haul – this token action game, one I now own in my basement, was one of the first games I remember being able to time in order to win jackpots frequently. It is a 100% skill game and it always fascinated me.

Do you have a favorite arcade you want to give a shout out?

I have many but I’d like to give a big thanks to Zone 28 for always letting me get some great content there. Tilt Studios with their insane selection of claw machines. Dave & Busters with their awesome variety of games. Fun Fore All, a super friendly local arcade with their amazing mini golf courses & great selection of games, and Scene75 with their wide variety. I’m sure there’s many others I haven’t mentioned but I always appreciate that these places let us content creators share our experiences.

You are credited as a huge source of inspiration for the majority (if not all) of the arcade YouTuber community. What are your thoughts on that?

I’m super humbled by all of this. I think back to when I was a shy little kid, sucked at sports, didn’t know what I was good at, and thinking that I was the only person that had a passion for these games. To see that other people are interested and possibly inspired by me is just incredible. 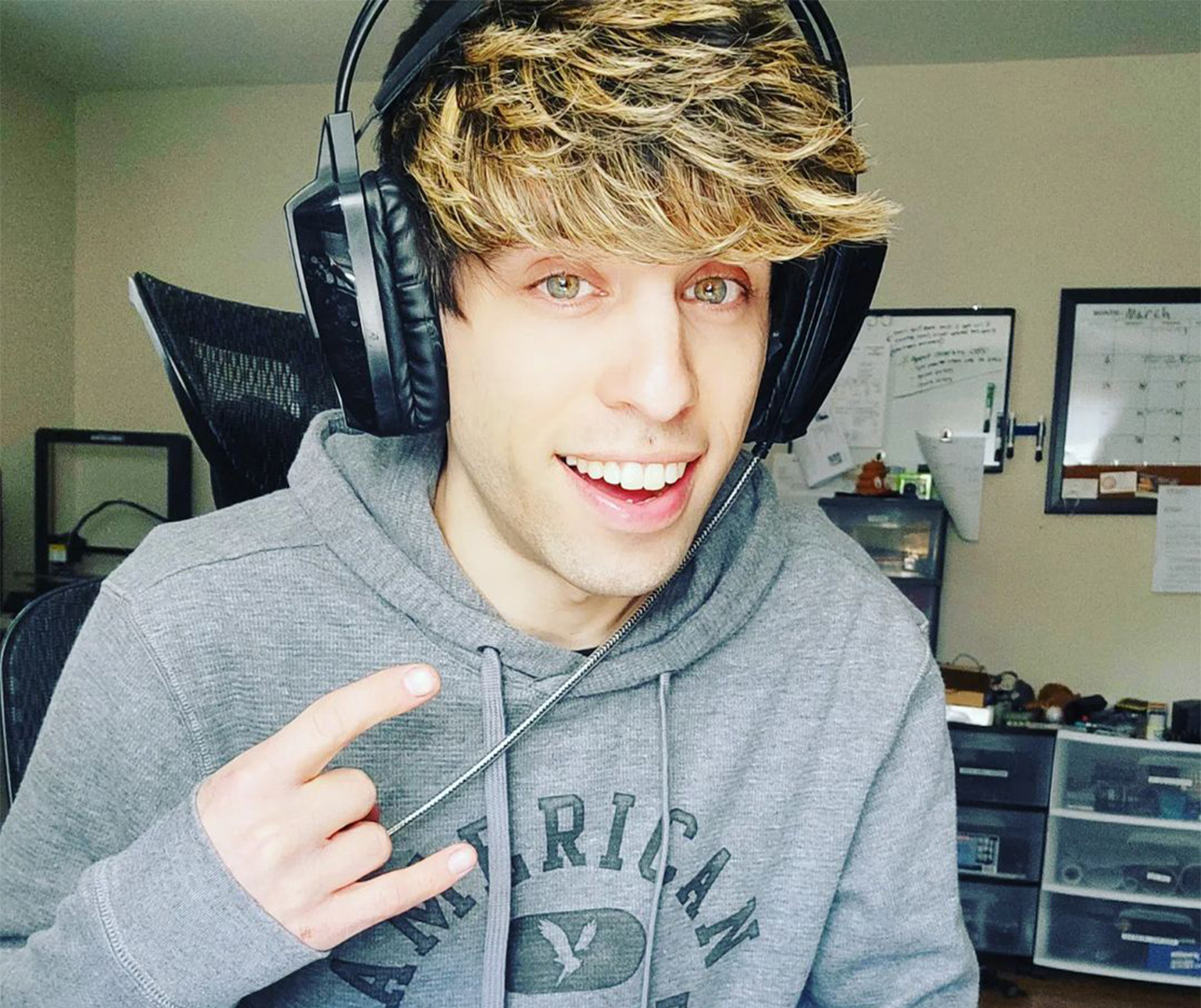 What does the future hold for Arcade Matt?

I’ve been doing YouTube for over a decade full time as of now and things are always changing. I’m going to keep making content as long as people want to watch it. I take things 1 day at a time. I do plan to start traveling more, getting to some new arcades and places. Alot of people ask me would I ever plan to open my own arcade. It’s def. a dream of mine, but there’s so much that goes into it that people don’t realize. I think if / when the time is right, it’s a possibility down the road!