In this Community Spotlight, Drew the Disney Dude (aka the Midway Maniac) tells why he made the move from Arcade to Disney videos, and we find out how many tickets it takes to win a PS4! 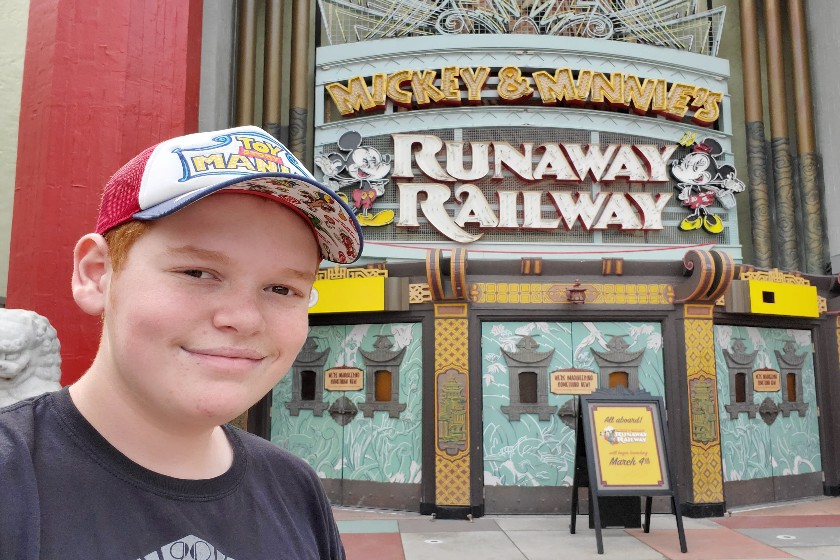 My name is Drew. I’m 18 years old and have loved arcades and Disney for most of my life. I was born very close to Disneyland so that’s where my Disney obsession began. Now 18 years later I’m fortunate enough to live less than 30 minutes from Walt Disney World and I’m at the parks multiple times every week.

My love affair with arcade games began when I started going to arcades for fun, but then I realized I had an interest in learning how to get good at the games and winning “good” prizes such as PS4s or iPads. I quickly learned how to get good at certain games and continued to play the same games to get lots of tickets. After I started to win good prizes like PS4s, I started to love going to the arcade even more because there was an incentive to. It was a win-win because I could have fun playing the games and at the same time win a valuable prize that I could either keep or sell.

My parents actually gave me the idea to start a YouTube channel because what I was doing wasn’t “normal” and they said people would be interested in watching it. At the time I had just met Angel and Crystal from Plush Time Wins and they were a big reason why I finally started the channel. I also was taking digital art in high school and I learned how to make YouTube thumbnails in that class (a thumbnail is the image you see before clicking on a video). Everything came together and I’m glad I decided to start making and uploading arcade videos because it was really fun.

Choosing a favorite game is hard because there’s a few that I have loved but I’d have to go with Pop the Lock. Pop the Lock is one of the games I’ve mastered and I always want to play it if I see it at an arcade.

I don’t live in Texas anymore but my favorite arcade before we moved was Round1 in Grapevine. I always loved going there because they had so many new games, great prizes, fun UFO Catchers, and friendly staff.

What is the best prize you’ve won?

What are your plans for the future of your channel?

The future of my channel would definitely be Disney videos and I always look forward to checking out and playing all the new arcade games at IAAPA every year. My favorite part of IAAPA is always seeing the new arcade games and what creative ideas all the companies have come up with. I decided to stop making arcade videos and switch to Disney videos once we moved to Orlando. I’ve always loved Disney and now that we live so close I’m finally able to do that. Arcades were my “Disney” while we lived in Texas but now that we live by Disney that’s where I’m usually at.

Check out Drew the Disney Dude on YouTube and other Social Media!