The Changing Landscape of the Modern Arcade

Modern Arcade Culture and the Future of the FEC

For some, this might be a trip down memory lane.  For others, a revealing look at how the industry has evolved. The fact is, that while out-of-home entertainment has a deep and interesting history, it continues to evolve.  What does the future of the FEC industry hold?  The best way to predict the future sometimes is to take a look at the past. Let’s look at a brief history of how we got here.

The Underbelly of Entertainment

The first popular out-of-home entertainment games were those that could be found on the amusement park midway, such as ball toss games or shooting galleries. But the first amusement to gain wide spread attention was pinball, going as far back as the 1940s.

Pinball, along with being one of the first forms of consumer out-of-home entertainment in the modern era, is one of the most popular types of games, with arguably the most loyal fan base.  However, this innocent game was illegal until 1976 in New York City, and was still banned in Oakland right up until 2014!  This was due to concerns that it was a form of gambling.  This of course changed over time in large part, but it did possibly influence the perception of what would become the arcade as places for delinquents and degenerate youth to congregate. 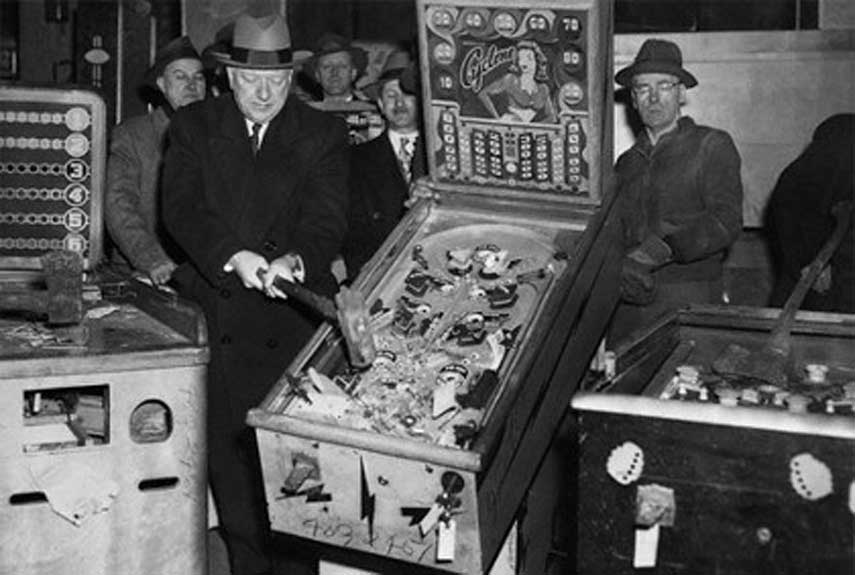 The first officially recognized, commercially available arcade game was Computer Space, created in 1971 by the team that would eventually become Atari. It wasn’t a commercial success, and not many people have heard of it to this day, but the next game to come from the company ended up becoming a household name: Pong.

During the years that followed, which are generally considered the Golden Age of the Arcade, many modern cult classics made their debut.  Pac-Man, Asteroids and Defender just to name a few. An iconic culture developed around the 80’s arcade, where a high score was a status symbol and competitive gaming was born.

The Death of the Arcade

All good things must come to an end, so the saying goes. Arcades slowly started disappearing from the scene.  This was due to a number of variables, but one of the contributing factors was the rise of in-home-entertainment systems like Nintendo, Playstation and Xbox.  The irony is that Atari, the company that created the first commercially available arcade game was also responsible for the rise of commercial console gaming, with the creation of their iconic Atari 2600.

The Birth of the FEC

Console gaming experienced its own struggles through the early 90s, and it was during this time that the arcade was reincarnated into what is now the modern day Family Entertainment Center. The new FEC model shift changed the perception of arcades from dark, delinquent-filled gathering halls to bright, family-friendly entertainment spots, often times offering food and drink along with a game-changer: redemption prizes! 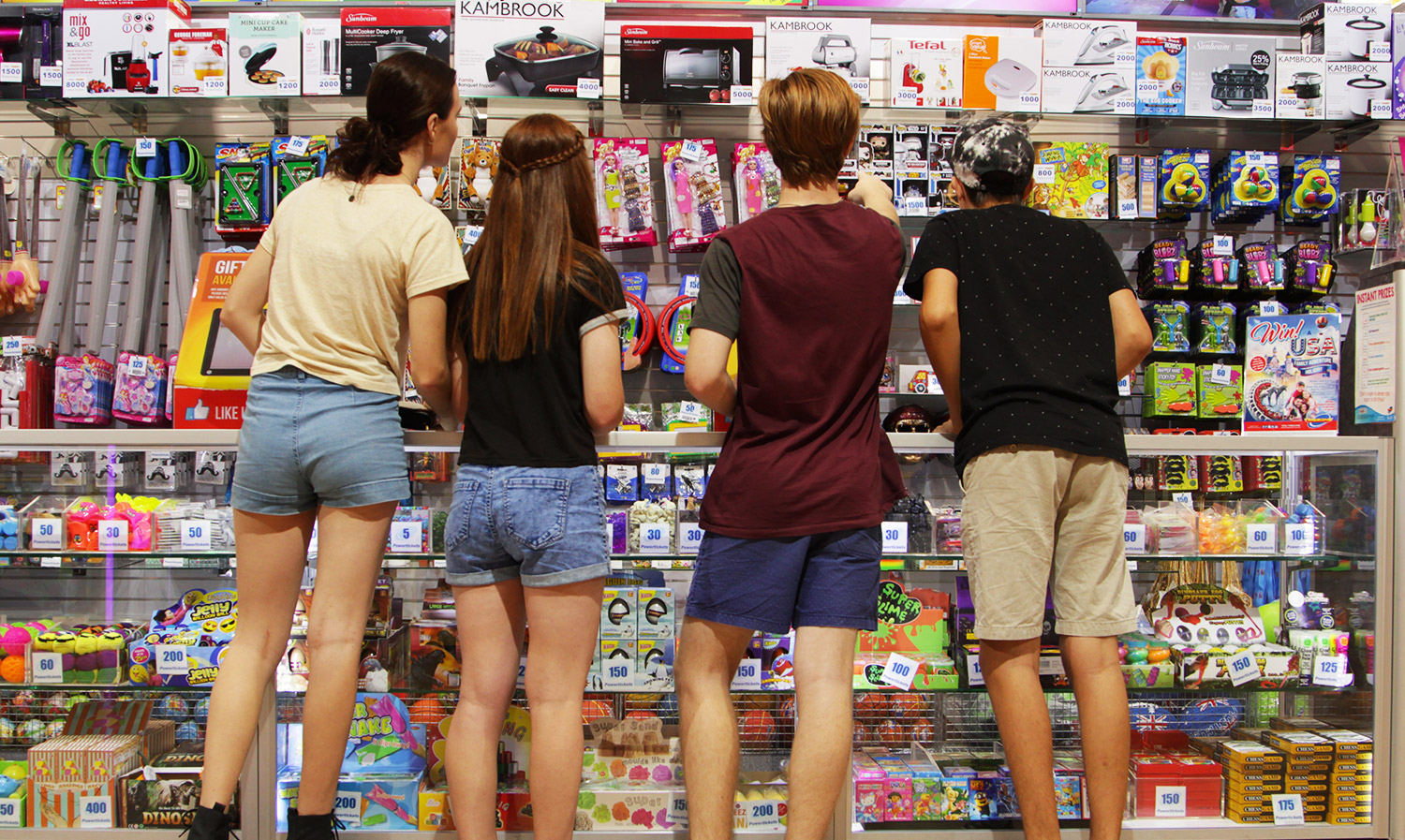 It’s now commonplace for FECs to run Merchandising Operations and Redemption Counters where guests can redeem tickets for prizes, opening up a whole new retail option for FECs.  Eventually this sparked the idea of enticing players with prizes right at the game. Prize merchandising games like Color Match and Mega Stacker were born and have proven to be consistently good earners for operators, in addition to claw machines like Prize Box.

An interesting development started taking place when social media entered the scene, starting specifically with claw machines.  People started filming themselves trying to win prizes, which spread to other styles of games, with many people actually make a living doing it full time today. If you’ve never seen one of these videos, do yourself a favor and watch one, they’re surprisingly entertaining!

Personalities like Arcade Matt, Plush Time Wins and The Arcade Warrior, just to name a few, have created a profitable career for themselves simply by playing arcade games, and judging by the numbers, people love watching them.  These are the influencers, trend setters and industry experts, and the average player is taking notice.  They could help play a big role to help shape the future of the FEC industry.

As FECs continued to evolve throughout the early 2000’s, additional attractions became commonplace at many venues. Lasertag, miniature golf and bumper cars became standard attractions that complimented video and redemption games.  New products appeared that were both games and attractions, providing operators some great options to expand their offering without the overhead required for a bespoke installation.  Simulators became a popular hybrid game / attraction for a time, but they didn’t compare to the immersive experience of what hit the scene next: Virtual Reality.

There are a number of large bespoke virtual reality operations currently available for FECs, which are impressive, immersive, and sure to draw in the crowds.  Installations like Hologate have already started making an impact in some locations, but aside from being a major leap beyond the price point of even a high-end amusement game, they require an attendant to help run the attraction. This of course slows down the return on investment, along with requiring a staff member to manage the attraction.

LAI Games’ Virtual Rabbids: The Big Ride bridged the gap with their award-winning ride, being the first unattended Virtual Reality Attraction available on the market, meaning it doesn’t require a staff member to stay with the game during operation.  Both ending and starting the year at #1 on RePlay’s Game Play charts, it’s proven itself to be a major hit with guests and operators. 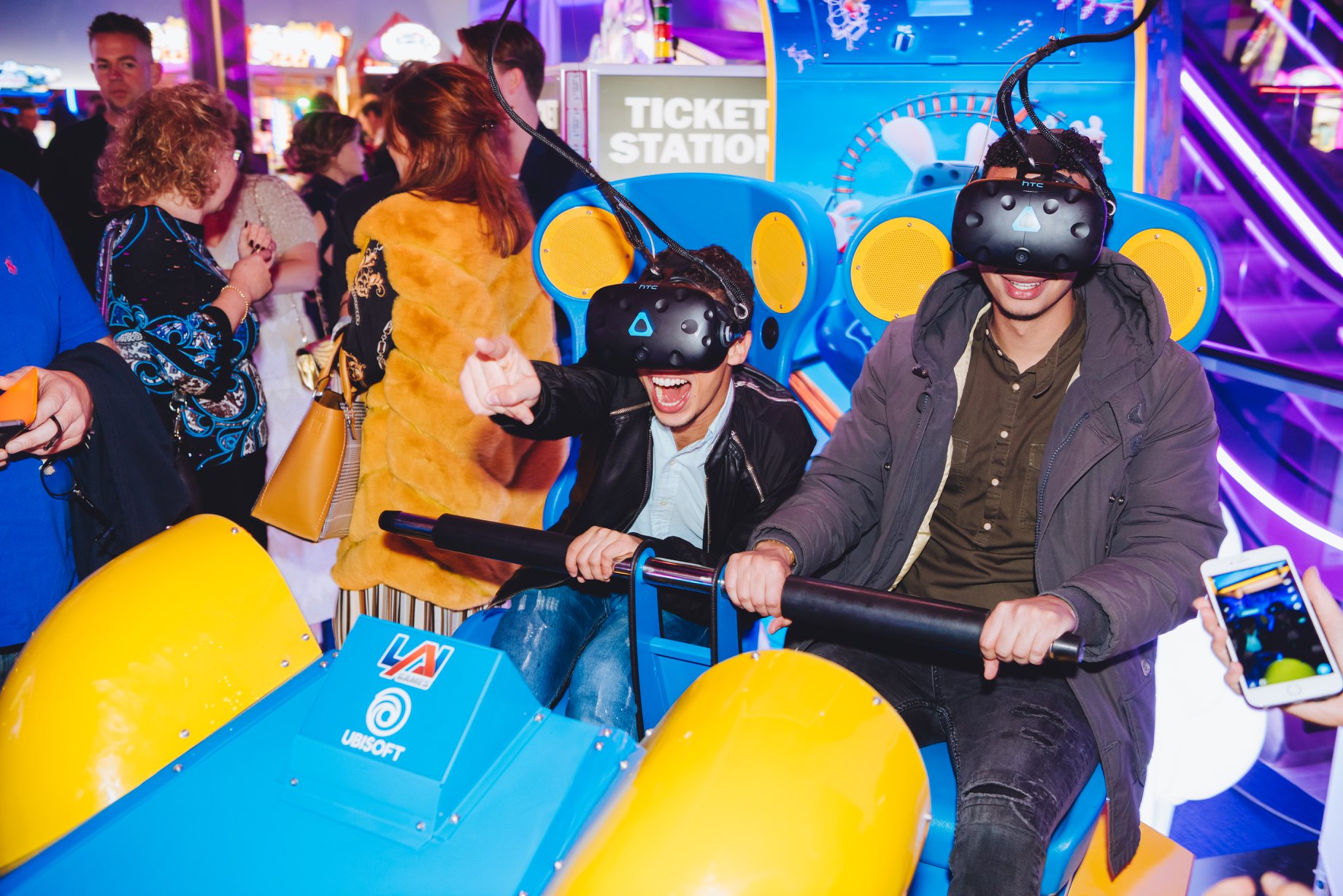 One of the unique features of Virtual Rabbids: The Big Ride unattended virtual reality experience is the unique player facing cabinet, which for the first time lets game spectators see exactly how much fun the player is having.  The fun part is that the player is generally unaware of this fact because they’re immersed in another reality (virtually speaking), so their reactions are genuine, and hilarious!

What Does the Future of the FEC Look Like?

It’s a safe bet to say that virtual reality will be the major draw card to get customers into venues for the next few years, but what are some of the other things we might see?

Another popular technology in the market today is augmented reality (AR).  Augmented Reality currently operates most widely in the mobile device space, as it does require the user to be able to interact with their environment in a way that is not yet practical for traditional FEC style games.  AR overlays digital items in a physical space, and can make them interactive.  A number of apps have gained massive popularity using this technology, such as Pokémon Go. This is also a great way to build brand loyalty even on a basic level, as those fans of Netflix’s hit show Stranger Things will recognize in the AR app, “The Arcade“.

Compared to AR, where you can see the real world with virtual items integrated, mixed reality brings real world interaction to another level. Complex light and camera tracking allows for more mobility and interaction around a much larger physical space. This is an exciting technology but it’s very early in its infancy as it could relate to the FEC environment. 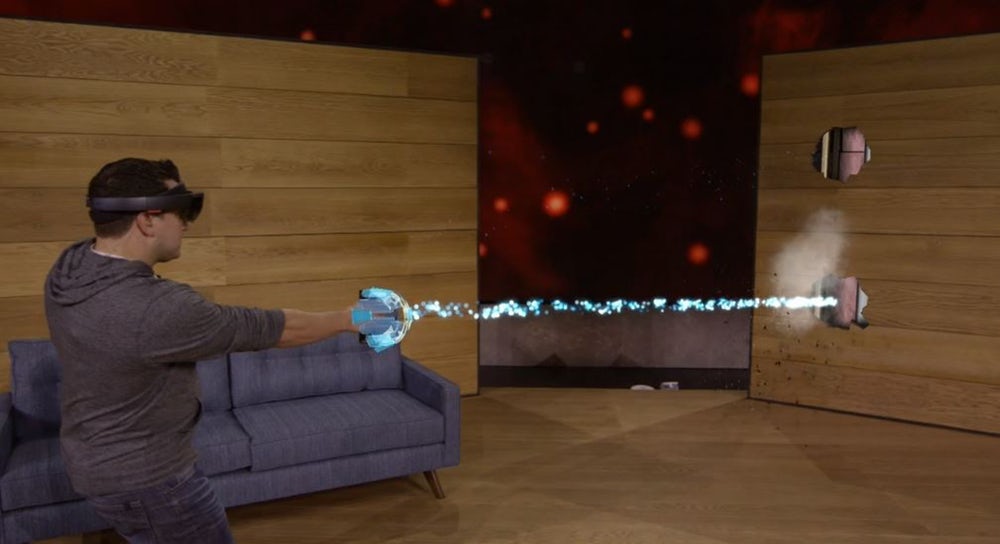 It’s no secret that people love their smartphones. Companion apps that compliment video games and allow players to extend the experience with a game after they leave the FEC is something that you’re likely to see before AR or mixed reality take hold in the FEC industry.  In fact, LAI Games already has a companion app for it’s award-winning photo booth, Snapshot 2.  The app is available on Android and Apple with hundreds of thousands of downloads, proving there is a lot of consumer interest. 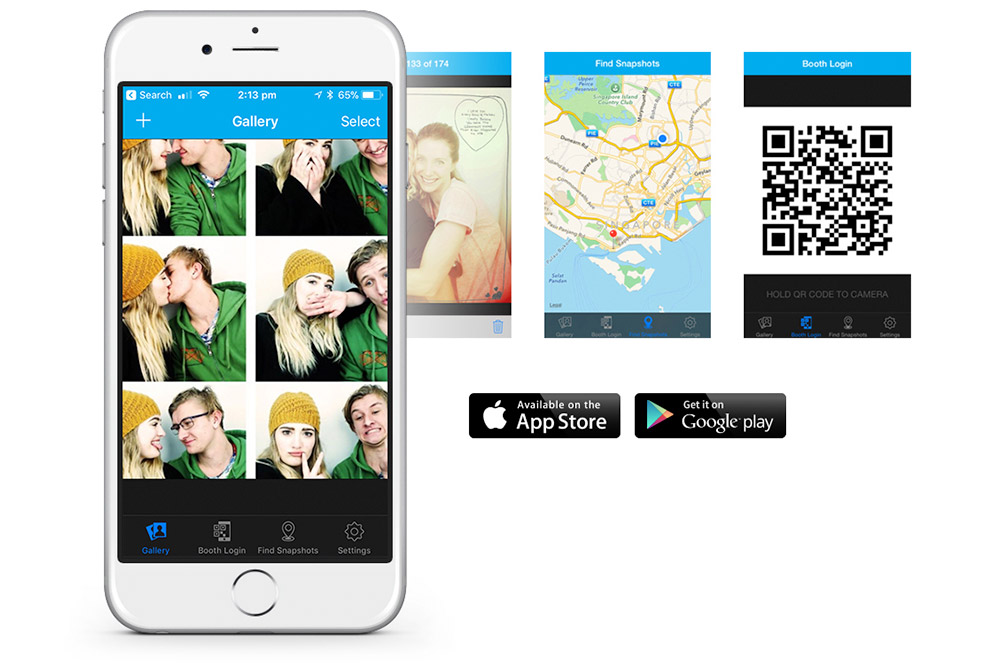 For decades the primary interaction for a game was in the form of a few buttons and a joystick. While technology does and will play an increasingly important role, games don’t always have to rely on high tech solutions to create an exciting and rewarding experience for players.

Some great example of this are Let’s Bounce and HYPERshoot, both award-winning games that take player interaction in a different direction through physical game play.