In this Community Spotlight, JJGeneral1 tells us about his journey to becoming an arcade influencer, what he loves the most about what he does, and delivers some sound advice that we should all listen to about growing old, but not growing up! 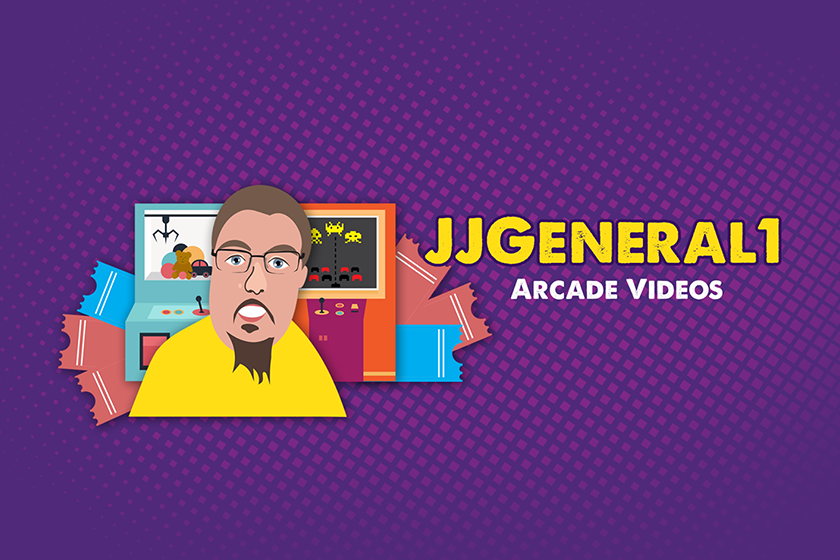 I was born and raised in western Pennsylvania (Pittsburgh area). I’ve lived here all 36 years of my life so far.  I have been married for 5 years to my lovely wife, Michelle, and she hates arcades!  I graduated high school in 2002, and immediately started into summer classes for college 1 week after graduating high school. I attended ITT Technical Institute, and graduated with a 3.44 GPA in 2004, with a degree in “Computer Electronics Engineering Technology”.  As far as hobbies, I drive Uber/Lyft, and I also DJ on the side, and like to fly my DJI Phantom drone (that I, ironically, won from an arcade). I have been DJ’ing for about 13 years now. That hobby started as playing music at friend’s parties, and then, through word of mouth, started doing bigger parties, and then, even weddings!   I don’t DJ often, but I just love entertaining!  I guess that’s why I got into YouTube, as well, but more on that later.

When I was young, I always enjoyed video games. Starting with my love for the NES (Nintendo Entertainment System) and branching out into the arcades, where there were games you couldn’t play “at home” on the consoles. I started to focus on games like “skee-ball” and others that gave tickets. I remember thinking if I had enough tickets for that “cool” prize, it would be so awesome! I remember when the “big” prizes were $50 super soakers or Nerf guns. Going home with even decks of cards, or fun little gadgets made of plastic were always a joy. I started enjoying arcades and spent MANY allowances of quarters at them when I was as young as 5 years old! So I have been in the “arcade scene” for 31 years!

In June of 2015, I went to a meet and greet for a local YouTuber I watched a lot of, Matt 3756 (who is now Arcade Matt).  I had been watching him online for about 2 years prior to that, and enjoyed his videos immensely. When I found out he was local to me, I insisted myself to meet him one day, and at least play arcade games with him. So anyways, I went to a meet and greet about an hour and a half from where I live, a little golf place called Nick’s Place in a town called Edinboro, Pennsylvania. During the time of the meet and greet, I was able to showcase to Matt my ability (almost unmatched in the arcade community) of following the cases on a game called “Deal or No Deal”, and using that ability to win the jackpot repeatedly, without fail. Matt and I got to talking after his official meet and greet, and we quickly became friends, due to similar age and interests (Matt is 4 years younger than me). He suggested that I start filming myself, due to my incredible arcade skills, and to put it “out there” for everyone to see and enjoy. I was reluctant at first, and camera shy (as can be seen on my first videos on my channel). I also didn’t know how to edit, at all. I knew how to mix and edit music, but had no idea how to edit videos. Matt taught me some basic lessons, and then the rest has been all self-taught. I cannot imagine myself NOT doing this now, as I enjoy entertaining and interacting with fans nearly every day. I am still grateful for that decision to go see Matt that day, and my drive to always learn new things, that got me into doing this for the people who enjoy it!

I honestly don’t have one straight forward favorite game, as there are always new games being produced/released, and older ones being retired. I enjoy almost all redemption games, and just love when I can win jackpots! One that does stick out as a very enjoyable one, is “Monster Drop Chaos”. It’s the latest version of the “monster drop/slam a winner” series, and probably the best one yet.

I have been to many arcades, and some are amazing, and some have given some flak due to the whole filming thing. I can’t say there’s one in particular that is best to me, as I have many many more to visit, and hopefully, build a good repore with in the future. I would say, my favorite arcades are ones that allow us (the “good” youtubers) to do our thing without hassle. The arcades that get to know us and understand that we are just there to A) spend money, B) film ourselves, C) promote them for free, are the best ones to work with.  Now I do need to say one thing here, as I have put in quotes “good youtubers”. This encompasses those who actually play games properly, don’t create a massive scene, don’t cause issues with the arcade, don’t cheat/show how to cheat at games, and don’t climb on, or break games.  There is a genre of individuals who like to try to start drama, setup situations that they know will get an arcade manager/owner mad at them and tell them to leave, or who even setup “fake” big wins (like an iPhone in a claw machine) on their own owned machines or at their own family’s arcade. These types of individuals create a bad taste in the mouth of arcade owners, who think that every single person that comes in with a camera will act like they do. It has gotten hard to find arcades willing to allow people to film, due to people creating issues as stated above. This is why I say that my favorite arcades are the ones who get to know us, and allow those of us that are “good” to film there regularly!

I follow so many arcade youtubers that I can’t even name them all. I will just throw a few names out there, and I’m apologizing to anyone in advance if I had forgotten your name.  1) anyone in The Claw Council which I am also a part of. I also watch and enjoy people like Arcade Matt (formerly Matt3756), Joshua Bartley, The Crane Couple, The Arcade Couple, Carson Claws, Claw Craziness… gosh, I can’t remember everyone, but that’s just a few of the several out there!

What is the best prize you’ve won?

I have so many high-end prizes I have redeemed for from arcades. From Apple watches, to PS4’s, to Nintendo Wii’s, Wii U’s, and Switches! I have even worked with an arcade to redeem for a DJI Phantom Drone, when I was just stockpiling tickets at that location without anything to redeem for. They knew I advertised them regularly, spent money there, and got along well with the staff and owners.  But my most prized win, is winning the hearts of the fans!  Those of you who have been dedicated to watching my channel, enjoy spending time with me during live streams, and support the channel endlessly with your views, likes, comments, and subscriptions, you are the best prize I have ever won!

The arcade industry is always a changing environment. Games get old, are decommissioned, and new ones are always springing up/being designed and released to the masses to enjoy. I don’t see arcades going away anytime soon, but like a rollercoaster, there is always ups and downs. There was a major slump in arcades in the late 1990’s and early 2000’s until places like Dave and Buster’s (a “barcade”) revamped it and there have been many copiers of the same style of “adult arcade” that still also catered to kids, as well.  The future all depends on how many people keep supporting it, and for what I’ve seen from Youtube videos, to the amount of new games being developed, it’s got a very strong and bright future ahead!

Work with the individuals, those who actually play games, understand them, and know them thoroughly, to design, test, and implement new ideas. Also, work with these individuals to understand what “pro gamers” are looking for in games. Maybe invite people who attend arcades regularly into the shop, or bring them to places like IAAPA and garner their opinions from those interactions. Most times, these events and workings are only done by arcade owners who are looking to maximize profits.  We want games to be fair, but still be able to make a profit for the arcade/game maker, as well.

What are your plans for the future of your channel and arcade work?

I will continue to entertain as long as there is a platform to do so. I do not see myself stopping doing this anytime in the near future. I know I’m 36, and sometimes people like to try to cyberbully me online. I know I’m a “grown individual”, but I’m doing something I enjoy doing! I cannot control who the fans are, or how they interact with me, but I do know that those who are the most supportive, will always be there! I have a very dedicated core of fans, who I love having as fans dearly!  But I also want to reach out to more people who may enjoy my content, and not know it exists! I am going to keep playing games, keep winning jackpots, and keep having fun, because that’s what I enjoy doing!  Remember, you HAVE to grow old, but you don’t have to grow up! 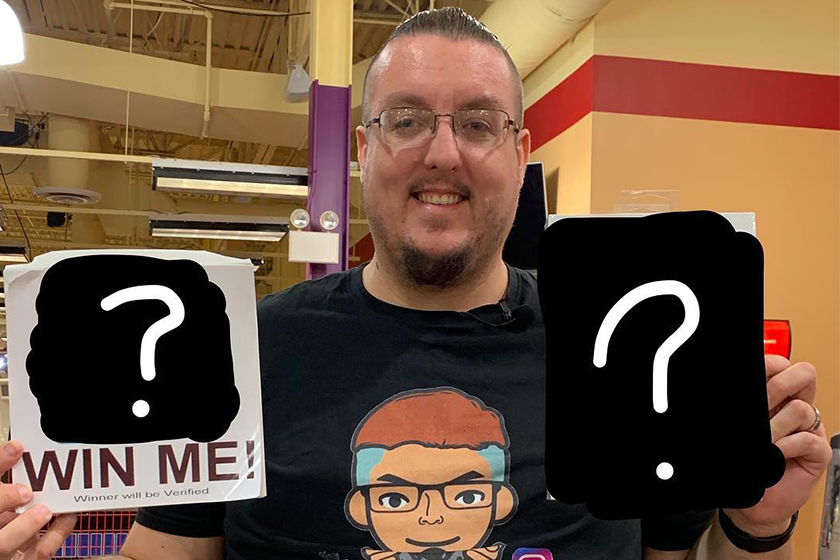